In this post, you are going to learn about the Ionic Bond vs Covalent Bond step by step with Diagrams. 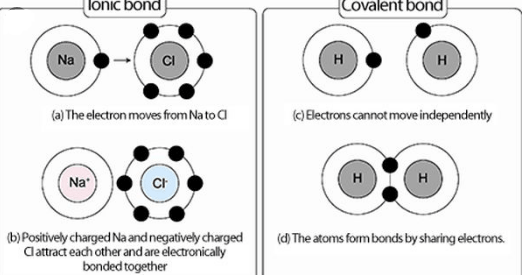 the atoms are always made the bond between one another and create compounds and molecules. hence, a bond is a chemical process that is occurred due to the attraction of two or cluster of atoms between each other. it is produced due to the presence of an electrostatic force of attraction. these chemical bonds can be classified on the basis of strength they have in them.

some bonds are known as strong bonds while others are said to be weaker bonds. furthermore, the stronger bonds are sub-divided into two types i.e., ionic bond and covalent bond.

so, we are here to know the difference between these two strong bonds.

What is an Ionic Bond?

an ionic bond is a chemical bond that formed between two atoms one from metal and the other from non-metal. in this bond, an electron is shared or delivered from one side to another i.e., one atom release an electron, and another gain an extra electron. the metal ion which loses electron gain a negative charge on it while the other that loses has a positive charge on it.

due to the positive and negative charge, these ions attract each other strongly with electrostatic force and make a crystal lattice. usually, ionic compounds are found in the form of solids that have high melting points and are highly soluble in water.

besides this, they have high electrical conductance. to make such types of bonds electronegativity difference must be greater than 1.7 or equal to that.

the common characteristics of the compounds with ionic bonds are as follows:

What Is a Covalent Bond?

A covalent bond is another strong bond that is occurred between two adjacent atoms(non-metallic ones) to form a stable octet by sharing their outermost electrons. a stable balance between the attractive and repulsive forces of the atoms of covalent bonds is present. as a result of sharing electrons with each other, they makeup shells and achieve a stable electronic configuration.

covalent bonds are sub-divided into three types of bonds i.e., single, double, and triple covalent bonds depending on the ability that how many electrons they share. every shared electron makes a strong bond. when the electronegativity difference between the atoms is not enough to produce an ionic bond, as a resultant, a covalent bond is formed.

the electronegativity difference between the atoms less than 1.7 is necessary for the formation of such bonds.

the common characteristics of the compounds with covalent bonds are as follows: 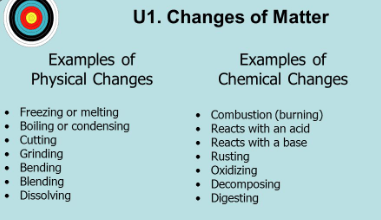 20 Examples of Physical and Chemical Changes 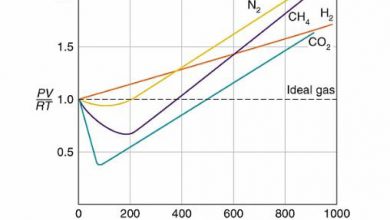 Deviation of Gases From Ideal behaviour