Atoms are tightly packed together by chemical bonds. bonds are forces to keep atoms together during interactions with each other. these chemical bonds are divided into four types such as ionic bonds, hydrogen bonds, covalent, and coordinate covalent or polar bonds. from these four bonds, only covalent bonds are related to sigma and pi bonds. covalent bonds are made by the sharing of electrons among atoms. the Major difference between the sigma and pi bond is that the sigma bond is formed by the axial overlap of atomic orbital and the bond is stronger while the pi bond is formed by the sidewise overlap of atomic orbitals and the bond is weaker.

What is Sigma bond?

sigma bond is formed by overlapping atomic orbitals. it is the strongest form of covalent bonds and defined for diatomic molecules we can denote it by Greek letter σ symbol.  these bonds are commonly found in alkane, alkene, and alkynes, etc. they are symmetrical with respect to the bond axis. you can find the sigma bond formation above in the table.

What is PI Bond?

sigma bond is formed by lateral overlapping atomic orbitals. these orbitals are half-filled zero electron density with a shared nodal plane among two bonded nuclei. it is denoted by a mathematical symbol π. pi bonds are also found in alkene, and alkynes, etc. the double and triple bonds are pi bonds and they cannot participate in single bonds as single bonds participate in sigma bonds.

Why Sigma Bond is Stronger Than Pi Bond?

According to quantum mechanics, the sigma bond is stronger than the Pi bond, the reason is that the orbital paths in Pi bonds are parallel so there is always less overlap between the p-orbital. the Pi bonds create when two atomic orbitals are in contact with each other through two areas of overlap. 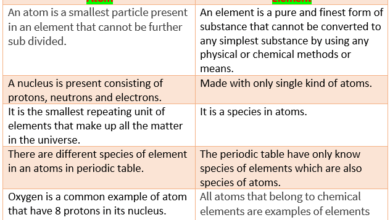 What is the Difference Between Elements And Atoms?

What is the difference between Baking Soda and Baking Powder?