The molecules consisting of different atoms are known as polar molecules e.g. H2O, HF, etc. In these molecules shared electrons are not equally attracted and the electron cloud is shifted towards more electronegativity atom. The atoms become partially charged. This covalent bond is not pure covalent but it has partial ionic character.

The difference in the electronegativity of the two bonded atoms determines the extent of the ionic character of covalent bonds. For example, the H-F bond is 64% ionic and H-Cl is 17% ionic.

Ionic character greatly affects the properties of a molecule. 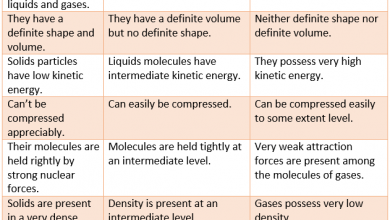 What is the Difference between Solid Liquid and Gas?

Difference Between Metallic and Non-metallic Minerals