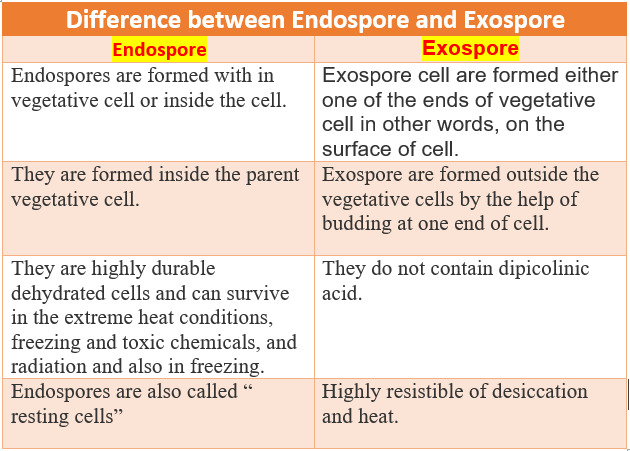 Endospores are mainly produced by bacteria and can resist extreme environmental conditions. In contrast, fungi and algae produce spores during asexual reproduction. Both endospores and exospores can be considered germ cells because they grow to produce new organisms.

Depending on the situation, these spores are usually divided into two different types:

Difference between Endospore and Exospore in Tabular Form

In this article, let’s explore more details about the difference between Endospore and Exospore.

The inner cell wall is made of dipicolinic acid, which is heat-resistant inside the endospores. Treatment of humid heat for 15 minutes at 121 ° C may destroy bacterial spores.

Exospores are another resistant bacterium produced by fungi and algae and are mainly used to reproduce under adverse conditions. By dividing cells, external cells develop from the ends of the parent cell. Exospore separation occurs by forming a barrier between mother cells and daughter cells. Exospores sprout. Under favorable conditions, buds are released from the parent cells for germination. Conidia are a type of fungal bacteria that are produced in the form of exospores.

Similarities between endospores and exospores 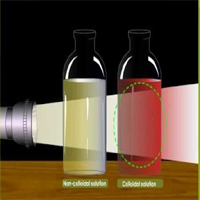