There are following major Biology Fields:

It is new and modern branch of biology in which structures and function of those molecules are studied that help in biological processes of living organisms, such as nucleic acid, gene structure, and function, protein and protein-synthesis. It is the foundation of genetic engineering.

“The study of the molecular structure of the organisms, their cells or the organelles of the cells is called Molecular Biology.”

“It deals with the study of microorganisms, such as virus, bacteria, microscopic algae and protozoans etc.”

“It deals with the study of environment and its effects on the body of organisms.”

“It deals with the study of living organisms, which are found in sea water or ocean water. It also deals with the physical and chemical characteristics of their environment.” 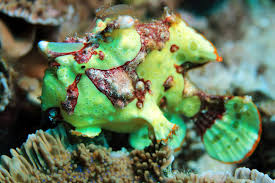 “It deals with the study of life found in fresh water like rivers, lakes, ponds, streams etc. with physical and chemical characteristics of their environment and its effection the life.

“It deals with the study of the parasitic living organisms, their life cycle, method of disease transmission and interaction with their hosts.”

It includes all aspects of human life such as anatomy, physiology, health inheritance, evolution etc.

The study of Humans is called Human Biology. The structure, functions, histology, anatomy, morphology, evolution, genetics, cell biology and the ecology of human beings are studied in this branch. 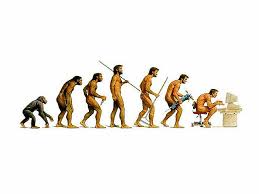 “It deals with the study of social activities of certain animals within a population, specially human beings. It is also concerned about different types of behavior, which are either inherited from their parents or developed in their body due to their experience.”

It is a very modern and recent branch of biology. It deals with the study of the tools and techniques of engineering and technology for the improvement of life and solutions of problems related with living organisms specially in human beings.

The use of living organisms, their systems or processes in the manufacturing and services industries is called Biotechnology.

The study of biology at different levels is called biological organizations. Biological level starts from the very basic level of sub-atomic and atomic particles to the organism itself. After that, community, population and entire world are studied. The organisms have to perform different complicated processes. Therefore, biological organization is not simple. It is highly complex.

These processes differentiate the living things from the non-living things. A living thing has a regulatory mechanism. This mechanism interacts with the environment. So it maintains the structures and functions of the organism. 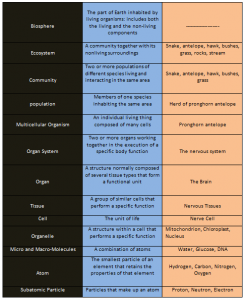 The body of living organisms is highly developed and well organized. There are different levels of this well-organized body, called levels of biological organization.

This is the smallest level of biological organization. The smallest particles of elements having the properties of elements are called atoms. The atoms have sub-atomic particles, like proton, electron and neutron, positron etc.

When atoms are combined together, molecule is formed in the cell. These molecules unite together to form compounds.

These molecules are smaller and are formed naturally in a systematic way. They may have low molecular weights. Simple inorganic molecules are Carbon Dioxide and water etc.

These are the larger molecules with higher molecular weights. These are also called Macromolecules.

The molecules containing both carbon and hydrogen together are called organic molecules.

The molecules without carbon and hydrogen together are called inorganic molecules.

An organism is usually formed by enormous number of micro and macro molecules of hundreds of different types. Some most important and abundant organic molecules in organisms are glucose, amino acids, fatty acids, glycerol, and nucleotides (like ATP, ADP, and AMP) etc.

A group of different tissues, performing same functions is called organ. Organ performs specific functions. For example, stomach is an organ. It digests protein food. It has different tissues: its secretary epithelium tissue secrets gastric juice. Its muscular tissues contain the wall of stomach. So food is mixed with the enzymes.

The plants have less complex organ level organization than the animals. There is no organ system formation in the plant body. Mostly, the body of a plant can be divided in to roots, stem, leaves and reproductive structures. Each of these structures performs a specific function. Root fixes the plant. It also stores food and absorbs minerals. The shoot or stem supports all the plants. The levels synthesize food. Flowers or other reproductive structures are used for reproduction.

The complexity of the organ system of animals is associated with a far greater range of functions and activities than is found in plants.

Different and enormous number of micro-molecules and macro-molecules arrange themselves in a particular way to perform cells and their organelles. In case of simple organism like bacteria and most protists, the entire organism consists of a single cell. In most fungi, plants and animals, the organism may consist of up to trillions of cells.

Cell, is unit of structure and functions of the organisms. Different types of micro and macro-molecules arrange to form the cells and their organelles.

There are two types of organisms:

They are composed of single cell like bacteria and protozoan.

These are composed of many cells like fungi, plants and animals. Cell membrane is present in all cells. There are two types of cells: prokaryotic and eukaryotic cells. Therefore the organisms are divided into two groups on the basis of this difference:

The organisms without well-defined nucleus are called prokaryotes. They have a few organelles.

The organisms with well-defined nucleus are called eukaryotes. They have large number of membranous organelles.

Numerous sub-cellular structures like mitochondria; Golgi-complex, endoplasmic, reticulum, ribosomes etc. have been studied for their structure and function. It has become clear that functions of the cells are accomplished by these specialized structures comparable to the organs of the body. These structures are called organelles.

The arrangement of the organelles speaks of the division of labour within the cell. The prokaryotes have only a limited number and type of organelles in their cytoplasm. Eukaryotes are rich in number and kinds of membranous organelles. A cell membrane is however present in all cells wether prokaryotic or eukoryotic. 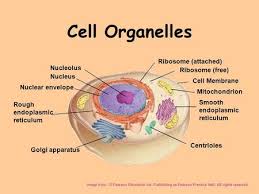 The various organs and organ systems join to form an individual or whole organism. The whole organism has certain special characteristics. Therefore, each individual looks different from the members of the same species. All the systems in an organism coordinate with one another. For example, if a man exercises continuously, the working of muscles increases. His molecules need more oxygen. So the rate of respiration and heart beat increases.

Nervous system and endocrine system are used for coordination in the animals. One the other hand, in plants some hormones are involved in the regulation of the long-term activities. The organism acts a whole. It also shows response to change in environment as a whole.

The organisms with similar characters having the same number of chromosomes and can inter breed with their opposite sex are called species.

When members of same species are found in the same area, it is called species population.

The group of similar or dissimilar species living together under more or less same environmental conditions is called community.

The area where both living and non-living organisms are found is called Biosphere. 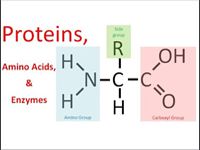 What are Proteins? | Definition, Structures, Importance and Classification