In this article, you are going to learn a complete explanation of the difference between Area and Perimeter.

Area and perimeter are two important concepts in geometry that are often used in measuring the size and shape of different objects.

To put it simply, area measures the space inside a shape, while perimeter measures the length of the shape’s boundary. They are both important measurements for different applications, such as calculating the amount of paint or carpet needed to cover a room or determining the length of fencing needed to enclose a field.

Difference between area and perimeter in Tabular form

the area is a quantity that can be defined as the region of space surrounded by a 2D object. the SI unit for area is a square meter or m². in mathematics we deal with many geometric shapes to find their areas such as ellipses, circles, triangles, rectangles, and so on. for example, we want to calculate the area of a polygon. we divide the polygon into many possible triangles to do so.

we have to deal with various types of area formulas for different shapes e.g., circles, triangles, rectangles, etc., and sometimes we need to convert one type of figure to another to find the area. for example, we divide the polygon into various triangles around the curved path to calculate its area.

these are simple shapes with a fixed size. on the other hand, dealing with solid shapes like cylinders, cones, or spheres, we calculate their boundaries as area. now we suppose to calculate their surface area than that of the area.

Units of the Area while Measuring

we use several units of lengths in calculus and geometry and each unit has its own corresponding unit of area. for example, the area of a square with its side lengths can be measured with m², cm², mm²,km²,ft², yd,², etc. depending on the unit lengths, we are measuring this area. however, the derived SI unit of area is m².

the word perimeter is derived from the Greek περίμετρος perimetos from περί peri “around” and μέτρον metron “measure”. It is a distance, outer boundary, or path around a two-dimensional shape. for a circle or ellipse, it is known as the circumference.

as discussed above, it can be the fence around an orchard or the boundary of a playground. the circumference means how far the shape can be rolled in one rotation. 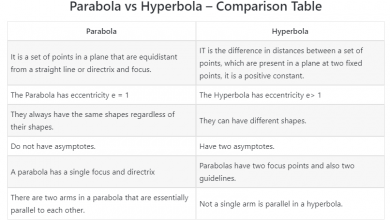 What is the Difference Between Parabola And Hyperbola 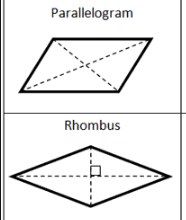