In Geometry, An isosceles triangle is a polygon having three sides. it has a pair of equal and the remaining one of unequal 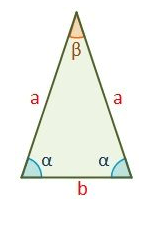 length sides. according to the lengths of sides, the isosceles triangle considers a special case from 6 different types of triangles. for example, in the following figure, line a is equal to the opposite line a. Hence, angles formed by these two sides will also be equal to each other and is known as vertex angle.

In this article you’ll learn:

So, if you want the complete information, start this 5-minute journey with us.

the word isosceles is derived from the Greek terms “isos” (equal) and “Skelos” (leg). it is a polygon which is a two-dimensional geometric figure made with the union of different points (not on the same line) these points are joined by line segments.

hence, the isosceles Triangle is said to be a closed shape or space. the word “isosceles” can also be used for other geometric figures like a trapezoid. in this case, a trapezoid having two equal sides is known as an isosceles trapezoid.

What are the 4 basic elements of the isosceles triangle?

they are as follows:

there are three basic types:

the base (b) and corresponding height (h) of the triangle helps to find the area of the Isosceles triangle. 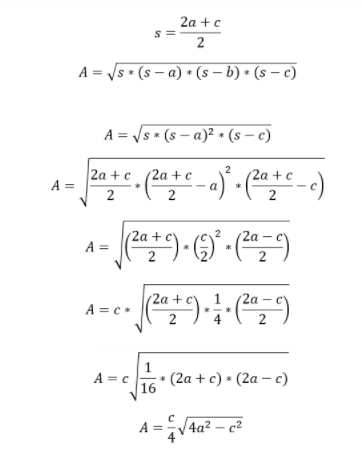 The perimeter of an isosceles triangle

the perimeter can be calculated by adding up three sides of the triangle. we use Heron’s formula to calculate a semi-perimeter, s = P / 2. where s is the perimeter. suppose that two sides of a triangle are equal in length, then, we double the perimeter of side (a) and add with uneven side ( b ).

if the value of these repeating sides (say a) and angle formed between them is known, we can find the other unknown side (say b) by using the cosine theorem. 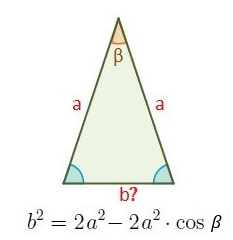 this theorem states that if two sides of a triangle are congruent, then the angles opposite those sides are congruent. 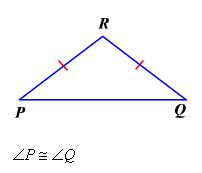 Let’s say that S is the midpoint of R and S.

Since S is the midpoint of PQ,

For the Reflective Property,

It is given that

Therefore, by LLL, Since the corresponding parts of congruent triangles are congruent.

What are the rules of an isosceles triangle?

Ans: followings are the properties and rules for the isosceles:

Do isosceles triangles add up to 180?

Ans: A triangle always consists of three sides. two equal lengths sides that are opposite to each other and are called the legs of the triangle while the third side is known as the base. the angle between equal sides is said to be the vertex angle. it is necessary that when adding up all three sides should have resulted in 180º.

What is the formula of isosceles?

Ans: the formula of isosceles is called the area of a triangle which can be found by using its three sides. we suppose that two adjacent equal sides are named as a and b respectively, while the third side c is base. so,

Which angles are equal in an isosceles triangle?

An: the two equal sides and two equal angles are always equal to each other respectively.

What are the 4 types of triangles?

Ans: two equal sides and two angles equal to each other respectively make an isosceles triangle.

How do you prove a triangle is an isosceles triangle?

Ans: if two sides are equal to each other and make an acute angle, then the triangle will be an isosceles triangle.

What Shape is a Parallelogram but Not a Rhombus? 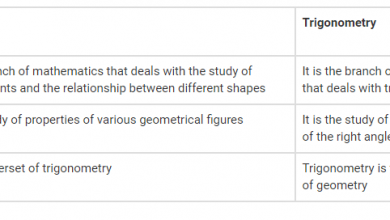 Difference between Trigonometry and Geometry