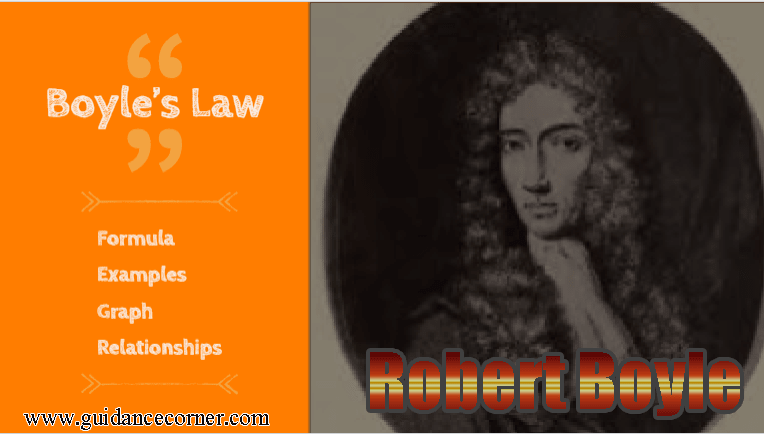 In Boyle’s law, the pressure and volume are variables while the temperature and quantity of gas remain constant. Boyle’s law is stated as follows:-

The volume of a given mass of a gas at constant temperature is inversely proportional to the pressure applied to the gas.

‘K’ is proportionality constant. The value of K is different for the different amounts of the same gas.

According to the above equation, Boyle’s law can also be defined as “ the product of pressure and volume of a fixed amount of a gas at constant temperature is a constant quantity.

The following diagram indicates that at constant temperature say at 25˚C. The volume of a given quantity of a gas is reduced in proportion to the increase in pressure. Let us take gas in a cylinder having a movable piston. The cylinder is also attached with a manometer to read the pressure of the gas directly. Let the initial volume of gas is 1 dm3 and its pressure is 2 atmospheres when the piston has one weight on it. When the piston is pressed twice with the help of two equal weights, the pressure becomes four atmospheres.

Similarly, when the piston is loaded with a mass three times greater, then the pressure becomes six atmospheres. The initial volume of the gas at 2 atmospheres is 1 dm3, it is reduced to ½ dm3 and then 1/3 dm3 with an increase of weights, respectively.

The value of K will remain the same for the same quantity of gas at the same temperature.

Let us take an example:

A gas having a volume of 10dm3 is enclosed in a vessel at 0˚C and the pressure is 2.5 atmospheres. This gas is allowed to expand until the new pressure is 2 atmospheres. What will be the new volume of this gas, if the temperature is maintained at 273K?

Since the temperature is constant (T1=T2), Boyle’s law is applicable.

Let us take a particular amount of a gas at a constant temperature say 0˚C and enclose it in a cylinder having a piston in it. When the pressure of the gas is varied, its volume changes. An increase in pressure decreases the volume. If a graph is plotted between pressure on the x-axis (abscissa) and volume on the y-axis (ordinate), then a curve is obtained as given above.

If a graph is plotted between 1/V on X-axis and the pressure P on the y-axis then a straight line is obtained as showing. 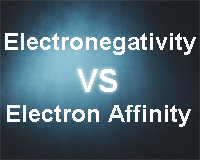 Difference between Electronegativity and Electron Affinity 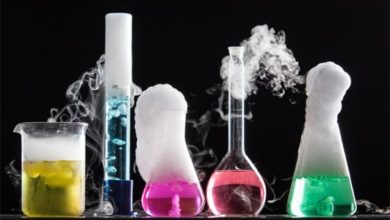 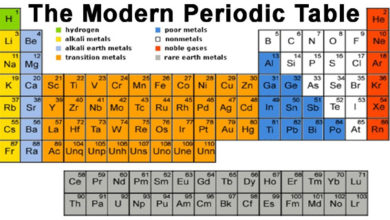