Nostoc belongs to the group Cyanophyta of the kingdom Monera. It is blue-green algae. Nostoc is common as terrestrial and subaerial cyanobacteria. It is widely distributed in alkaline soils, moist rocks, water ponds, streams, and lakes, etc. Nostoc colony forms a jelly-like mass. Many filaments are embedded in this mass. The individual filament is called a trichome. The trichome is unbranched and it appears to the bead-like structure.

The body of Nostoc is called a thallus. It is a simple body and consists of many threads like structures, called filament. Each filament is composed of many rounded cells that are arranged in a chain-like manner or in beaded form. All the cells are similar. The whole filament is covered by a gelatinous sheath. 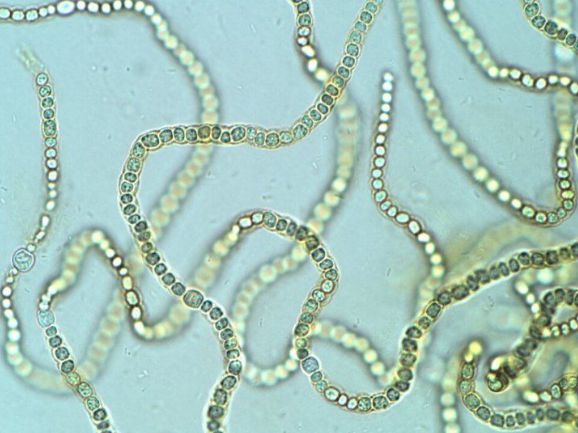 In the filament, some cells are larger in size and thick-walled, called heterocysts. These cells perform two functions, reproduction and Nitrogen Fixation. In Nitrogen fixation, Nitrogen is converted into simpler Nitrogen compounds, which are used by the plant.

Trichomes are unbranched and appear beaded. Individual cells are mostly spherical but sometimes barrel-shaped or cylindrical. All cells in the trichome are mostly similar in structure but at intervals are found slightly large, round, light yellowish thick-walled cells called heterocysts. Trichomes mostly break near heterocyst and form hormogonia and thus help in fragmentation.

You May Also Like: Cell Wall Structure and function

Structure of a cell of Nostoc

Each cell of Nostoc is rounded in shape. It is covered by an outer cell wall. The protoplasm of the cell consists of two parts:

It is the outer colored part along the cell wall, which contains blue-green pigments (Phycocyanin). It also prepares food material due to the presence of Chlorophyll pigments.

b)     CENTROPLASM OR CENTRAL BODY

It is the inner colorless part of the cell, which contains stored food granules. It also acts as a nucleus. The cell does not contain a true nucleus. The central body performs the function of the nucleus. It has no nuclear membrane or nucleolus, so it is called an incipient nucleus. i.e.(Incomplete nucleus).

1.      By Hormogonia OR by Fragmentation 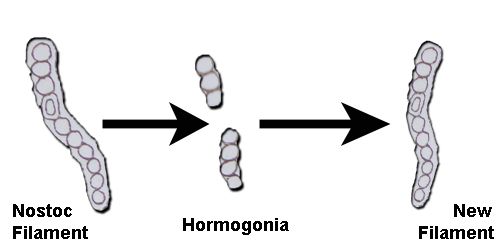 2.      By Arthrospores OR by Akinetes Formation

Nostoc contains chlorophyll, so it can manufacture its own food i.e. it is Autotroph in nature.

Is nostoc harmful to humans?

no, nostoc is not considered harmful and poisonous to human beings. Nostoc commune does not cause harm and can be used for land reclamation sites, other cyanobacteria in this commune and genus grow large mats slippery safety concern and greenhouse walk-ways.

What is the use of nostoc?

it is used for nitrogen fixation for the environment which is necessary for all the organisms for the building blocks of life such as amino acids, proteins, etc.

What are the characteristics of nostoc?

nostoc has the following characteristics:

Is nostoc a bacteria or algae?

Nostoc is a cyanobacterium of blue-green algae, microscopic, single-celled organisms that contain no cell nucleus.

What is the importance of nostoc?

is an important component of extreme terrestrial habitats in the Arctic and Antarctic.

How do I get rid of Nostoc algae?

you can get rid of nostoc by adopting the following steps:

How does nostoc reproduce?

they can reproduce asexually through spore formation called akinetes. 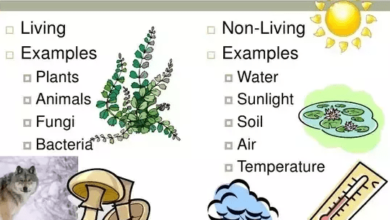 Difference between biotic and abiotic factors