The melting and boiling points depend on the nature of chemical bonding between atoms of the elements. The elements on the extreme left of the row (period) are metals and involve metallic bonds.

The atoms for their separation require small energy to separate the metallic bonds which are not as strong as covalent bonds and hence have lower melting and boiling points. 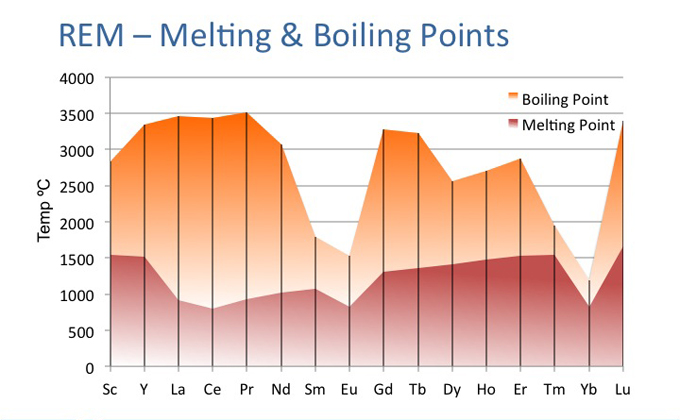 The network solids having two-dimensional or three-dimensional giant, molecules e.g., C, Si etc., involve covalent bonds. Each atom may have two or more than two solids to break away, network solids. The elements on the extreme right of the periodic table are N, P, S and Cl, form molecular solids. In these molecules, the atoms are strongly covalently bonded but the molecules are attracted towards each other by weak van der Waals force,

Since it is the molecule which breaks away from thermal energy to overcome the van der Waal’s forces. Thus the melting and boiling points of these elements on the extreme right of the periodic table, are lowest.

In a group, the metallic character increases and therefore the melting and boiling points decrease on moving down the group. 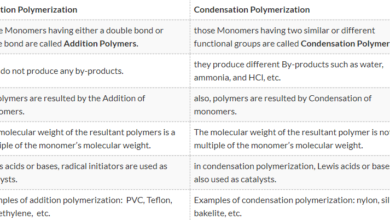 Difference Between Addition and Condensation Polymerization