What does DC mean? 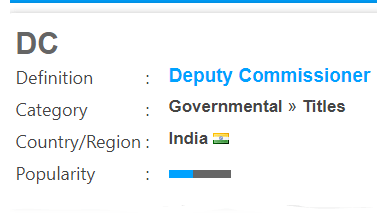 DC is the abbreviation of the Deputy Commissioner. A deputy commissioner is the head of the department of revenue administration in an Indian district and also in Pakistan.