In this post, you are going to learn about the Conical Flask step by step with Diagram.

A Conical Flask ( also known as Erlenmeyer flask or titration flask) is an important tool in laboratory apparatus which is named after its inventor German chemist Emil Erlenmeyer (1825–1909) in 1860. it has a flat bottom, conical body, and cylindrical neck. conical flask basically has two bases and a  vertical neck which shortly tape upward. most of the time it is presented They may be graduated.

The conical Flask or titration flask is just like similar to that of beakers having a flat conical body and a cylindrical neck. it is an important part of common laboratory apparatus. it allows for being swirled or stirred during multiple experiments.

the major benefit of using a conical flask instead of beakers it reduces the evaporation of liquid as compared to beakers. Erlenmeyer flasks are constructed in different types such as glass and plastic depending on uses and applications with a variety of volumes. they have a beaded lip mouth that either covers or stops both neck always fitted with bases or ground glass.

it also uses connectors with precise and specialized stoppers and attachments with other lab operators.  the common type of Conical Flask is known as the Büchner flask which is often used for filtration in a vacuum space.

Here are some common uses of conical flasks:

Uses of Conical Flask in Chemistry

since the narrow neck and slanted sides of the conical flask are used for many purposes in the chemistry lab such as to mix the content without swirling and without risk of spillage which makes them suitable and useful for the filtration process.  it also allows these contents to place under the buret. we can also add solvent and other indicators into the solution in the Erlenmeyer flask. Erlenmeyer is the best way to put liquids for boiling purposes.

the top Erlenmeyer flask section helps to condense the very hot liquid vapors by reducing the loss of solvents.  the narrow neck of these tools also provides support to filter funnels. the narrow neck and reducing solvent loss features also enhance the capability of recrystallization.

the many samples of labs are heated under and boiled for dissolution by adding some sufficient solvents.  many hot solutions can be filtered with filter paper with a conical flask.

one thing that must keep in mind is that for volumetric and accurate measurements, Erlenmeyer flasks are not suitable and accurate as compared to beakers. they provide an accuracy of almost 5% with stamped volumes.

Uses of in Biology

like chemistry, they are also very important for preparing microbial cultures in microbiology. they are sterilized and can be vented closures for the purpose to enhance gas exchange in the process of incubation and shaking different cultures. use always minimal liquid volumes like one-fifth of the total flask volume perplex molded flask into its internal surface to maximize the amount of gas transfer and also for promoting chaotic mixing for an orbital flask shaken.

agitation speed can leave an effect on The oxygen transfer rate, design of the flask, and liquid volume. Oxygenation and blending of fluid societies further rely upon the pivot of the fluid “in-stage”, which means the coordinated development of the fluid with the shaker table. Under specific conditions, the shaking cycle prompts a breakdown of fluid movement – called “out-of-state marvel”.

This marvel has been seriously portrayed for shake carafe bioreactors. Out-of-stage conditions are related to a solid abatement in blending execution, oxygen movement, and force input. The fundamental factor for out-of-state activity is the thickness of the way of life medium yet in addition to the vessel measurement, low filling levels, or potentially a high number of perplexes.

Some Legal restrictions and Hazards

To hinder illegal medication producers, the province of Texas recently confined the offer of Erlenmeyer carafes to individuals who have imperative grants.

On September 1, 2019, SB 616 changed the law with the goal that licenses are not, at this point required, however precise stock of this and certain different bits of lab hardware should even now be kept up, misfortune or burglary should at present be accounted for, and the proprietor should in any case permit reviews of their records and gear to be made

A conical flask, also known as a conical test tube or Erlenmeyer flask, is a type of laboratory glassware used for mixing, heating, and storing chemicals. It is named after its inventor, the German chemist Emil Erlenmeyer, who developed it in the 19th century.

Conical flasks are made of borosilicate glass, which is a type of glass that is resistant to thermal shock and chemical attack. They have a narrow neck and a wide base, with a conical shape that allows for easy stirring and mixing of liquids. The neck of a conical flask is typically graduated, meaning that it is marked with measurements to allow for precise measurement of liquids.

Conical flasks are used in a variety of laboratory settings, including chemistry, biology, and pharmaceuticals. They are often used to hold and mix chemicals, as well as to heat and store liquids. They can also be used to hold and transport small amounts of hazardous materials.

Conical flasks are available in a range of sizes, from small flasks that hold a few milliliters of liquid to large flasks that hold several liters. They are typically made of borosilicate glass, but they can also be made of other types of glass or plastic.

In addition to their use in laboratories, conical flasks are also used in various industrial and research applications, such as the production of pharmaceuticals and the development of new chemical compounds.

What is the difference between Baking Soda and Baking Powder?

Difference Between Crystalline and Amorphous 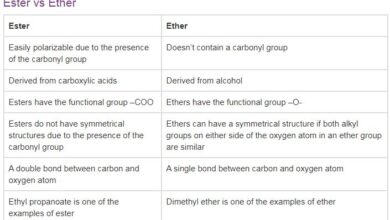 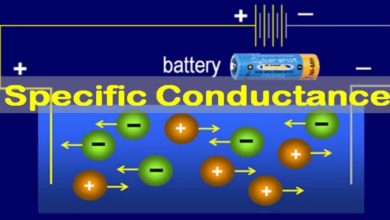 Electrical Conductance with Definition and Measurement