Angiospermae shows alternation of generation. Both sporophyte and gametophyte generations alternate with each other.

Alternation of Generation in Class Angiospermae

Sporophyte is a dominant generation. The adult plant of angiosperm is diploid sporophyte. It is differentiated into roots, stem and leaves. It produces flower at maturity. A flower is a modified shoot (stem and leaves). It consists of a pedicel, thalamus or torus and floral leaves (sepal, petal, stamens and carpals). The thalamus and these floral leaves, especially the stem and carpet, are so modified that they do not look like stems and leaves. Flower has following floral parts:

The sepals and petals are non-essential or non-reproductive parts of the flower. They protect the stamens and carpals. They also attract insects for pollination. After fertilization they may fall off.

Stamens and carpals are the essential or reproductive parts of the flower. The stamen consists of a filament and anther. The anther consists of pollen sacs. Pollen (microspores) are produced in the pollen sac by meiosis.

The carpel is female reproductive part of a flower. A carpel is composed of three parts: ovary, style and stigma. Ovary is a basal broader part of the carpel. Style forms a tube like structure. Stigma is the terminal part of carpel. The ovary contains ovule. The ovule consists of an outer integument (covering) and inner nucellus tissue. 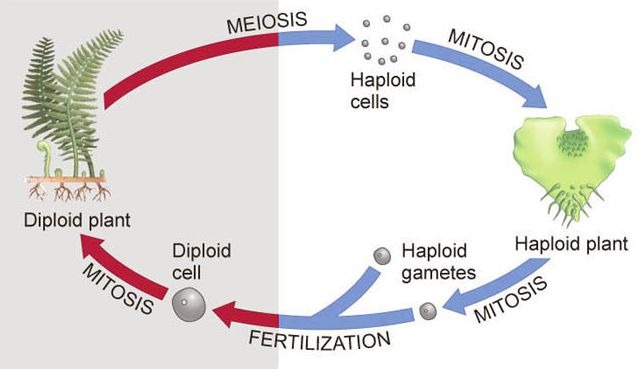 The gametophyte is an inconspicuous and haploid (1n) generation. There are separate male and female gametophytes:

The oospore develops into an embryo. The endosperm nucleus develops into a multicellular nutritive tissue called endosperm. Meanwhile, the integument of the ovule forms testa and tegmen. The ovary wall develops into fruit. Seed usually undergoes a period of rest. It germinates in suitable conditions and produces a seedling .This seedling gradually changes into a sporophyte.

Double fertilization is an important evolutionary advancement. In this case, storage food is made only on fertilization or formation of zygote. It helps the plant to economize on its food resources.

The class Angiospermae is divided into two sub-classes: 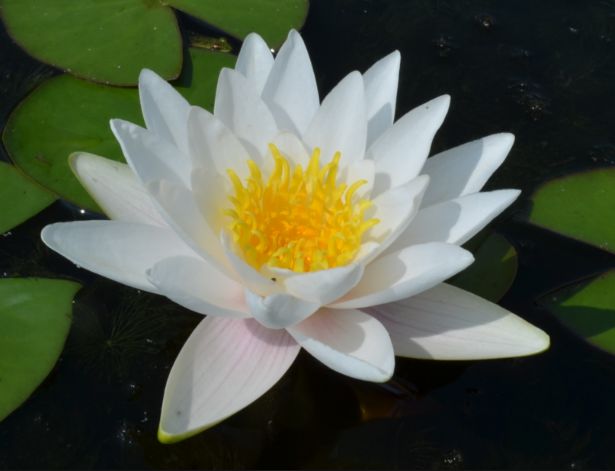 They have one cotyledon. The plants included in Moncotyledonae are called Monocotyledonous plants.

They have two cotyledons. The plants that are included in the Dicotyledonae are called Dicotyledonous plants.

Comparison between Dicot and Monocot Stems

Some Angiospermic families are described below: 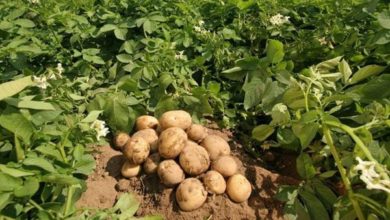 Structure of Cell and Functions (With Labeled Diagram)