Imbibition is “a special type of diffusion in which there is a net movement of water molecules towards an imbibant” (hydrophilic surfaces that adsorb water such as colloids like protein, starch, clay, etc.) The force generated by the imbibants ss termed as matric potential and replaces the old term imbibition pressure. The matric potential is analogous to solute potential.

In the plant cells the imbibition refers to the absorption and adsorption of water by insoluble, solid, hydrophilic protoplasmic, and cell wall constituents. If dry plant material such as dry wood is placed in water it swells and there is a noticeable increase in its volume as we.

Similarly when air-dried pea seeds are placed in water, this swell. Lite direction of water movement is from a region of higher water -potential to one of lower water potential. The force responsible for binding (adsorption) of water molecules to the hydrophilic surfaces (protein pea seeds) is hydrogen bonding.

A tremendous amount of pressure (imbibition pressure) can develop if the imbibant is confined and then allowed to imbibe water. A common example of imbibition is that of a sticking timoden door or window frame during humid weather or rainy season.

A dry- colloid or hydrophilic surface such as filter paper, wood, soil, or gelatin often has negative matric potential, while the same colloid in a large volume of pure water has a matric potential of zero since it is saturated and therefore in equilibrium with the water.

No pressure potential develops in an unconfined adsorbent, therefore:

En a complex system such as a cell that contains molecules of colloidal protein and other hydrophilic surfaces, as well as simple solute ions and molecules, the final water potential will be determined not only by the solute particles and the pressine but also by the matric effects of the proteins and other surfaces because these surface bind water molecules and result in a decrease in water potential.

Two conditions are necessary for imbibition to occur:

Therefore, when the dry seeds are placed in pure water, the water moves rapidly to the surface of the imbibant due to the presence of a steep water potential gradient. As the water continues to be adsorbed, the water potential becomes less negative until it equals that of external water, and the imbibition ceases and a state of dynamic equilibrium is achieved.

A certain affinity must exist between components of the imbibant and liquids imbibed. An imbibant does not necessarily imbibe all kinds of liquids. For example, dry plant materials immersed in ether do not swell appreciably as compared to when these are immersed in water.

Similarly, if the rubber is immersed in water it does not imbibe water, however, it imbibes ether. This suggests that certain attractive forces must exist between the imbibants and the liquids to be imbibed.

In living and dead plant cells (in pea seeds and xylem vessels) hydrophilic colloids such as proteins and cellulose are present. These have a strong attraction for water. That is why the seeds or wood swells when immersed in water.

The rate and extent of imbibition are affected primarily by temperature and by the solute potential (osmotic potential) of the liquid to be imbibed.

The presence of adsorbent or water-binding materials (imbibants) in a biological system results in more negative water potential, causing osmosis. Because most of the water molecules are attracted by these imbibants binding these to their surfaces, the amount of free energy is reduced in the system and the water potential of the system becomes more negative. Also, the process of imbibition is largely responsible for carrying water into the germinating seeds. 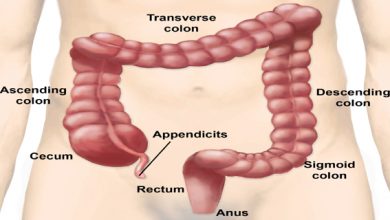 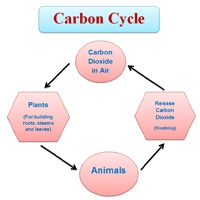