The name Nematoda means pointed ends. These animals have elongated 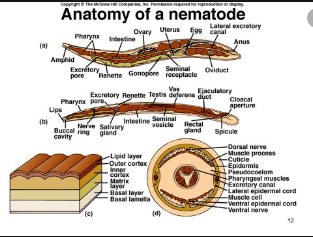 worm like body with pointed ends. One end of the body is called anterior end. However, the head is not clearly demarked. There are no special sense organs at this end.

Aschelminthes has many important parasites. These bacteria cause some very serious diseases in man and plants.

Pinworm is a parasite of human caecum, colon and appendix (parts of large intestine). Their movement cause intense itching of anus. It also causes inflammation of the mucous membranes of the colon and appendix. It results in insomnia and loss of appetite.

It is a very dangerous parasite. Hookworm holds the villi of intestine and suck blood and body fluid. It produces an anticoagulant during feeding. This anticoagulant prevents the clotting of blood. It leaves the wound bleeding after feeding. It cause severe anemia in children and retard (stop) the physical and mental growth.

Round Worms as Decomposer

Round worms are present every outdoors. They play an important role in the breaking of down of organic matter. A single rotting apple may contain 90,000 worms. Billions of worms are present in each acre of topsoil (upper part of soil). 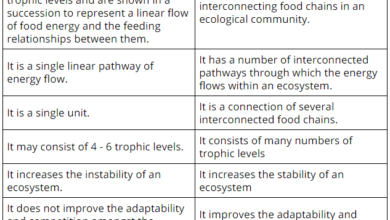 what is the difference between a food chain and a food web? 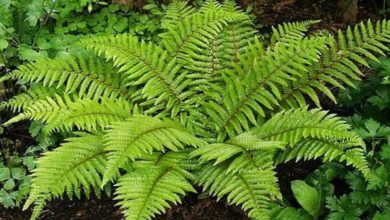