There are two types of lenses, convergent or convex and divergent or concave. Each of these types, in turn, is divided into three others. the basic Difference Between Concave And Convex Lenses is that in the convex or converging lens, after refraction, light rays meet at one point or appear to meet while in the concave or diverging lens, after refraction light rays move away from one another.

In this post, you are going to learn about Concave vs Convex Lenses step by step with Diagrams.

A lens is a transparent medium that can be made with glass, plastic, or crystal that deflects light rays (known as refraction). It has usually two surfaces from at least one that is always curved. the difference between the two, convex and concave, lies in the curvature of the eye.

both words concave and convex are often used to describe curved lines or shapes in many areas of science like physics, and mathematics. both terms are antonyms and are used oppositely for each other.

What is a Concave Lens?

The term “concave” is often used for internal curvature and describes the curved shapes and different cavities. for example, the concavity of the skull.  A concave lens is thinner at the center and thicker at the rim. It disperses the coming light and is also called diverging lens. the concave lens looks sunken and is used for the reflection of larger images.

since, being antonym, they are the opposite of convex lenses. such lenses are made in such a way that they are thinner in the middle and thicker at the edges. they push the light away rather than closer to the object.

Concave lenses are also known as divergent due to the deflection of light rays outwards (diverge) and are not capable to produce real images. the Concave lens focus on the image lying on the left and produces virtual images. people with myopia often use this type of lens.

What is Convex Lens?

The term “convex” is often used for rounded shape objects that protrude and describes circular outer surfaces. for example, the outer surface of the skull is known as convex which provides a rounded shape to the head.  A convex lens is thicker at the center and thinner at the rim.

These kinds of lenses that converge light rays at the focal point also called converging lenses. low-visibility street corners and curved hills are commonly decorated with convex Safety mirrors. besides this, they are often seen in shopping centers because they produce a reduced image due to the way light reflects off them.

these lenses are designed with lateral parts or edges and are thicker in the center. convex lenses are also known as convergent because they focus or unite the light rays (cause them to converge) at a focal point called the image focus. they produce realistic images that are used for various optical instruments.

lenses have significant importance in the field of physics. they are often discussed in a branch of physics, fundamentals of optics. basically, optics give us an explanation of the formation of different objects and most importantly the vision of how it works.

in fact, the human eye is a good example of a lens. there are two types of lenses i.e., concave lenses and convex lenses. the concave form is curved inwards and when light passes through, it deflects or diverges while the convex form is curved outward and when light passes through, it reflects or converges it. the convex lens makes a real image and the concave lens a virtual image. 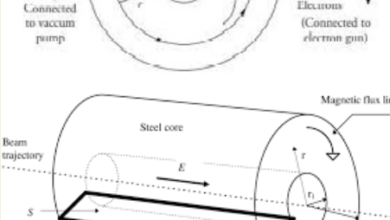 What is The Difference Between PNP and NPN transistor?